This text will equip the student with sufficient knowledge of the essentials of Muslim theology.

Enroll in Course
off original price!

Ultimately, as a response to a request, Imam al-Bajuri outlines the core beliefs of the orthodox Sunni doctrine (ʿaqidah) that must be known by every Muslim. Designed to be studied with a teacher or read on one's own, this text will equip the student with sufficient knowledge of the essentials of Muslim theology to be able to distinguish truth from falsehood, orthodox from heterodox, Ahl al-Sunna wa al-Jama'a or Sunni Islam from other than it. It is hoped that by including the facing, vocalized Arabic script that:

1) students of Sacred Knowledge will be aided in learning the language of the Qur’an, the Prophet ﷺ, and the ulama,

3) to preserve the actual words of Imam al-Bajuri. 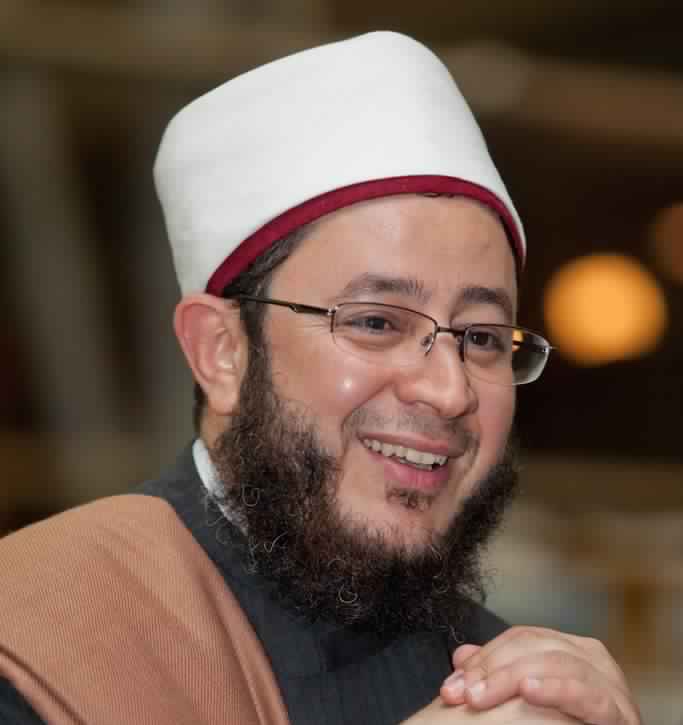 Shaykh Ahmad Muhammad Saad Ash-Shafi’i Al-Azhari Al-Hasani was born into a family of scholars whose lineage goes back to the Prophet ﷺ through his grandson Al-Hasan ibn Ali in the northern Egyptian governorate of Monofiyyah, in the Nile Delta.

Alongside with his academic studies, Shaykh Saad studied traditional Islamic sciences at the hands of senior scholars and specialists in Egypt.

He memorised the Alfiyyah of Ibn Malik at the age of 13, and Riyad As-Salihin of Imam An-Nawawi at the age of 15. He committed to memory thousands of lines of poetry and prose. He has memorised texts on logic, tajwid, aqidah, morphology, rhetoric and many other sciences.

Shaykh Saad holds one of the highest chains (in Qur’an) nowadays for his peers, there is 29 people between the Prophet ﷺand him. Amongst the teachers of Shaykh Saad in Qira’at are: Shaykh Dr. Ayman Suwaid of Damascus,Shaykh, Shaykh Ali An-Nahhas, Shaykh Shibl Matar, Shaykh Abdul-Basit Hashim, Shaykh Abdul-Fattah Madkour (the last living student of Shaykh Ali Ad-Dabba’ and the colleague of Shaykh Al-Husari) all of Egypt.

Shaykh Saad loves poetry and writes it frequently mainly in Arabic and sometimes in English. Shaykh Saad is the founder and director of the UK-based Ihsan Institute for Arabic and Islamic Studies. He is currently living in London and travels internationally.

How long do I have access to the course?
How does lifetime access sound? After enrolling, you have unlimited access to this course for as long as you like - across any and all devices you own.
What is IGI Essentials?
Without a doubt, the Islamic tradition is one that is deep and vast. It is one that is filled with an ocean of jewels. As Muslims living in the West, we have found ourselves often playing an important role in recent times: to preserve and protect our inherited tradition while firmly establishing it for generations to come. The uniqueness of the Islamic tradition is one where each successive generation of scholars have received their knowledge from a verifiable chain of transmission. This has allowed Muslims in every generation the ability to trace the source. The Imam Ghazali Institute has been conducting Islamic education intensives of varying lengths since 2007 with the goal of reviving love and attachment to the traditional sciences of sacred knowledge. The IGI Essential series aims to introduce English-speaking students around the globe to a text-based study of what are the core essentials a believer would need to know in: Aqidah, Hadith, Fiqh, Tasawwuf, Seerah and Tafsir. It is our hope that a student will go beyond a simple read of the text and seek out a teacher with who they can study it with, inshaAllah. For more information about the Imam Ghazali Institute, please visit www.imamghazali.org.
When does the course start and finish?
The course starts now and never ends! It is a completely self-paced online course - you decide when you start and when you finish.
Where can I get the course text?
The book "Introduction to Islamic Creed" is available in paperback from the IGI Bookstore & as a free PDF on igibooks.com
off original price!