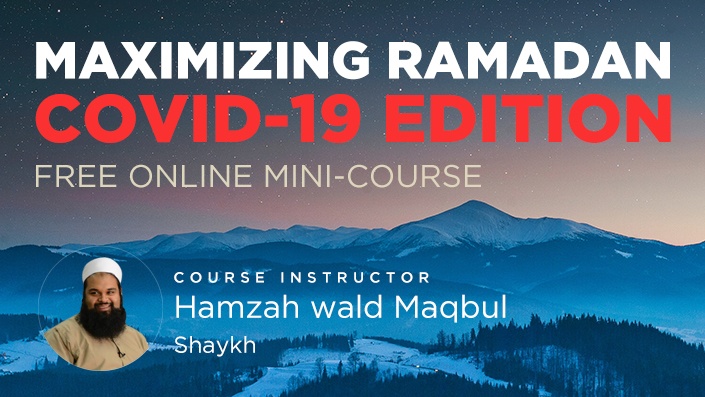 Secure the ideal Ramadan despite these circumstances.

In this mini-course, Shaykh Hamzah shares tips and advice on how to maximize Ramadan 2020 despite being home. Students will learn how use the present situation to their advantage and reap the fruits of their best Ramadan yet. 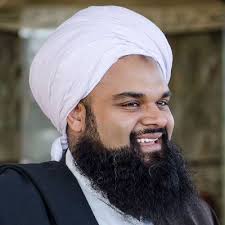 Shaykh Hamzah Maqbul is originally from the West Coast and currently resides in the Chicagoland area. He holds a bachelor’s degree in biochemistry and Near Eastern Languages and Civilizations from the University of Washington in Seattle. After obtaining his degree, Shaykh Hamzah went on to pursue traditional Islamic studies, which took him to a number of countries, including Syria and Egypt where he studied the Arabic language, Morocco, Mauritania, and UAE, where he studied the madhab of Imam Malik, grammar, usul al-hadith, and the two renditions of the qira’ah of Imam Nafi’, Warsh and Qalun, and finally Pakistan where he had the opportunity to study tafsir, usul al-hadith, hadith, ‘ilm al-rijal and Hanafi fiqh.

All of these studies culminated in him receiving an ijazat al-tadris, literally meaning “a license to teach” which is the equivalent in Pakistani Islamic seminaries to a MA in Arabic and Islamic studies, as well as an unbroken chain of transmission by which to narrate the hadith of such books as the Muwatta of Imam Malik, the Sihah al-Sittah (Bukhari, Muslim, Abu Dawud, Tirmidhi, Nasa’i and Ibn Majah), and the Sharh Ma’ani al-Athar of Imam al-Tahawi.

Ramadan 2020
Available in days
days after you enroll

When does the course start and finish?
The course starts now and never ends! It is a completely self-paced online course - you decide when you start and when you finish.
How long do I have access to the course?
How does lifetime access sound? After enrolling, you have unlimited access to this course for as long as you like - across any and all devices you own.
What if I am unhappy with the course?
We would never want you to be unhappy! If you are unsatisfied with your purchase, contact us in the first 30 days and we will give you a full refund.
off original price!